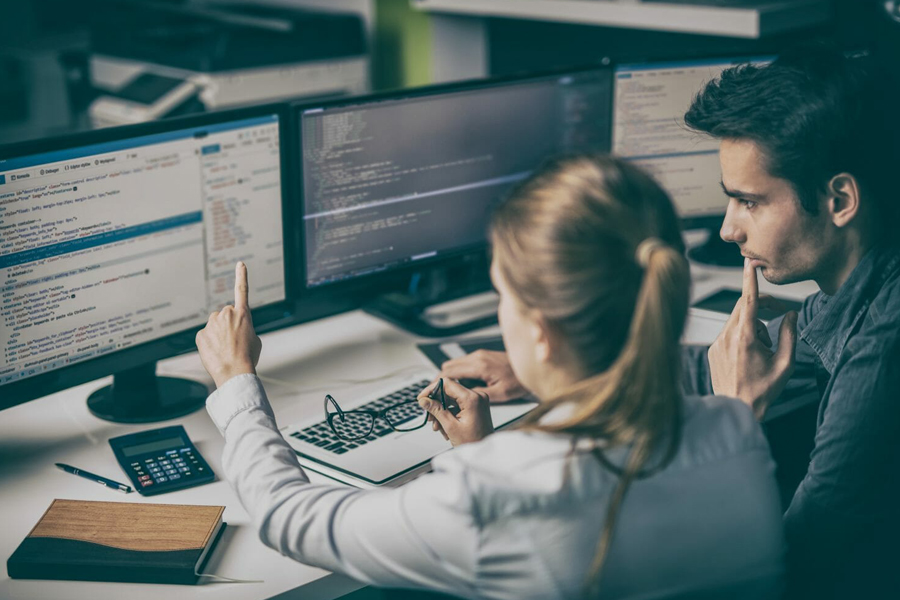 What is Web Development

The world wide web is a place of wonder that makes everything seem possible. It is wonderful because of the things we are capable of doing on the internet by just sitting at a couch in our home. We can connect with people worldwide, conduct research on any subject, discover new things, and create fantastic things. But none of this would be possible without websites. You need a website for everything that you do on the internet. But where do these sites come from? How do they work as they do? It is all thanks to the magic of web development.

Web development, also called web programming, is when the design of a web application is turned into a fully functioning website through coding and using different computer languages. These web applications can include social media sites like Facebook or e-commerce sites like eBay. Every inch of these sites has a code attached to it. This happens when web developers turn comprehensible English language into a language that the computer can understand such as HTML. The world keeps getting more and more digitized which means there is an increase in the demand of web developers each day.

Web developers are a unique bunch of people all with the same goals but different skills. Each web developer has one job where they are meant to create a website that is functional and easy to use. However, since there are many different kinds of programming languages and not everyone knows all those languages or how to use them, it means there are web developers whose expertise lie in one particular category. The three main kinds of web developers are front-end, back-end, and full-stack developers. They all have a special set of skills that adheres to a specific kind of programming language.

Front-end developers are those who focus their attention and work on the visual side of things. Front-end developers are meant to handle all the intricacies of the web page that visitors see upon entering the domain. They focus on making sure the website looks great and has a user-friendly interface. The client submits the design and then they work on making it interactive. They add coding to give functionality to specific features like the menu bar, adjust the font and how the page works when someone is using it.

Their job is to not only make the site visually appealing but make sure all the interactions are taking place smoothly. A front-end developer’s work is visible to all and any upgrades or changes are noticeable to any visitor. They work on establishing a website based on design but that does not mean it is the same as web designing. Web designing uses no coding and is an entirely different aspect. Web programming requires the developers to know coding languages like HTML, Javascript, and CSS. Using these languages, they code and program the site into becoming a functioning and efficient web page.

Back-end developers are the team that works behind the curtain and their work is hidden from any visitor. Their main task is to work on the server side of programming. The code they write is never visible to us but everyone makes use of it because without the codes no website would be able to work. They work on the server and its three major elements:

This means that they have mastered skills in both front-end and back-end web development programming languages. Such developers are called as a full-stack developer. They are the most versatile and exceptionally talented at web programming. Since they can do it all, it is understandable that full-stack developers are revered more than others. Their ability to do it all makes them a precious asset to the team. Since they have learned to programme both sides of web development, they can work in languages like Python, PHP, Java, HTML, CSS, Javascript etc. Neusol is proud to proclaim that we have an extraordinary team of web developers that fall under all these categories. Our developers are trained to program and code websites of all kind as well as know all the computer programming languages.